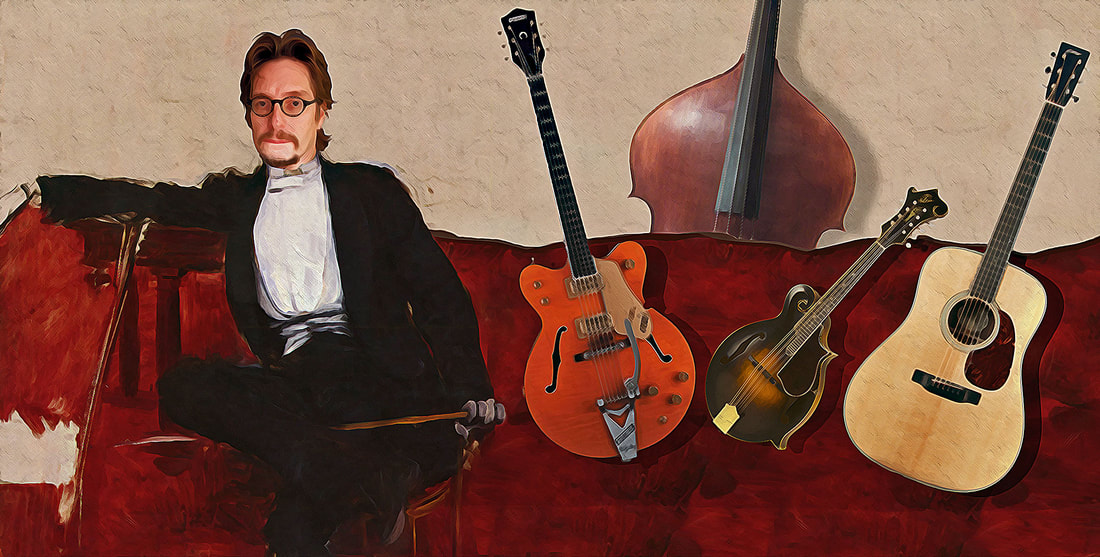 Frank Drake spends most of his time on music.
However, this site is being transitions to be more about Frank's artwork.
To stay in touch with Frank's music activities please visit him on facebook
and sign up here to receive the occasion email about important events.
Frank Drake plays, writes, and teach music.
Frank also creates digital (and on occasion analog) art.

​You can hear Frank play with:

Nearly a year in the making, Big As Any Universe is a collection of 13 of my original tunes (and one by my dear friend Joe Mahoney) written over the last few years.
You can purchase a digital download at Bandcamp !
Click Here!
FRANK DRAKE LIVE AT THE PLOUGH


A while back my pal Bill and I put together a live album culled from
a number of live performance from The Plough & Stars.


Here's a little review - and hey, thanks Steve!:


"This live album is a subtle gem and showcases all of Frank Drake's versatility. The mandolin master swings through a rich tapestry of genres, from the gypsy-flavored 'Mission to Moscow' to the Texas Swing glide of the Bob Wills-identified 'Right or Wrong.' Drake sings with affection for the various standards and originals here. The quality of the performances suggests he's at Carnegie Hall rather than the cozy confines of Cambridge's Plough & Stars. That's a tribute to his sincere musicianship as well as to the ace backup of Boston all-stars such as guitarist Jerry Miller, violinists Matt Glaser and Dan Kellar, and acoustic bassist Johnny Sciascia.''

-- STEVE MORSE, longtime music critic who was at the Boston Globe for 30 years and has contributed to Billboard and Rolling Stone


Here are some selections;

Want a copy? Just email me. $12 gets you the hard copy!
DDL
From the vault.